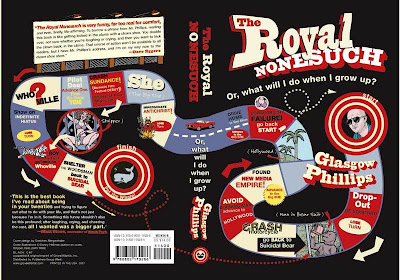 Our friend Glasgow just published a new book. Glasgow is really funny, he's also the nicest guy we know. His latest book is a personal memoir about some of his shenanigans in underground Hollywood. He's reading at some Bay Area Book Shops in the next couple of days. Check out his blog The Royal Nonesuch
It has the dates and locations, as well as some other stuff that might make you laugh.

Here's the video trailer. Trailers for books, who knew?


Also Marian Hunting (love that name!!) sent us this!

"Sooo, I rode Diablo yesterday with Pete from Marin Bikes. I'll spare you the most boring details.

I think the highlight of the trip was when about halfway up to the saddle, Pete asked as he looked up ahead:
"Is that guy riding a unicycle or is he just riding a comfort bike? He can't be riding a unicycle. He's gotta be running."
I responded with "He's probably got the Missing Link road bike conversion special. Road bike with stem riser, 4" riser bars, and bar ends pointed straight up to the sky. Finger tipping on the bar ends because his back hurts."
(I'll admit it, I'm a hater sometimes.)

Couple minutes later, we had rolled up to the man in question and yes, yes he was riding a unicycle. But not just any unicycle, an orange, 36" wheel custom Hunter unicycle with a hydraulic rim brake!

The guy is training for a tour of Croatia, Bosnia, etc. he is going on in June (I think). And, he's not even touring by himself, he's going with 20 other unicyclists. And he told us a little about another tour he had done back in January in Laos. He said that he toured through Laos with other unicyclists from Australia, India, Brazil, etc.

It was pretty amazing. Pictures included, hope you like 'em,
marian" 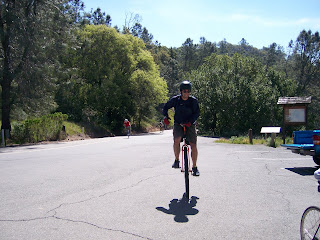 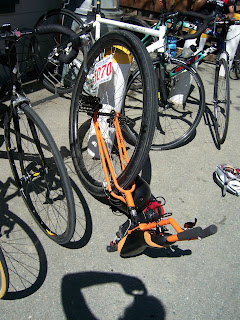 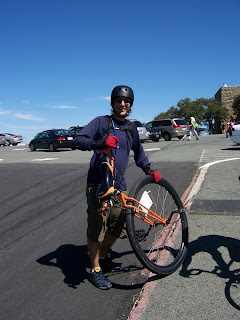 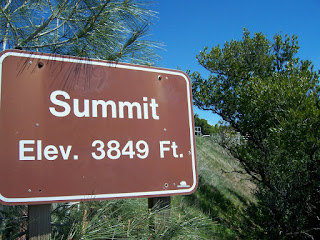