What can we say?? The show was great!! So many beautiful bikes, so many nice people!. It was cool to meet all the other builders from around the Country. We had a really fun time with the Nor Cal contingents, like the Sycips, the Inglis' and the Soulcrafters. We hung out with Steve and Denise Garro from Coconino Cycles. Rapha Racers were in a booth next door and we got one of their jerseys and some nice woolly socks! Oh yeah!
The official word is that next years show will be in Portland. We'll be there! Hopefully it doesn't conflict with the County Line!!
Our show bikes will be in the Spokesman later this week, if you feel like going in and taking a look. We'll also have them photographed by someone who knows what they're doing and post them here.
For now here are some photos...some we took, and some we stole off the web. 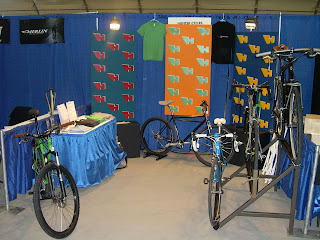 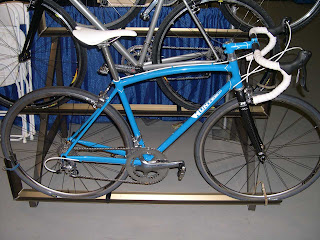 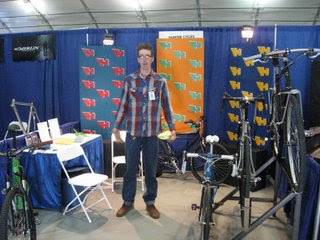 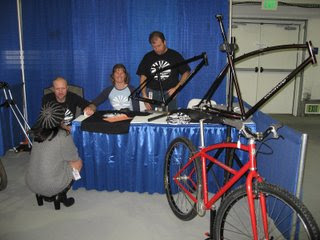 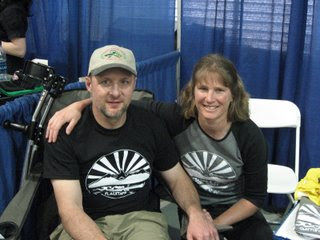 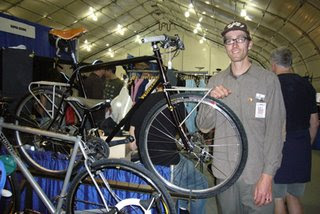 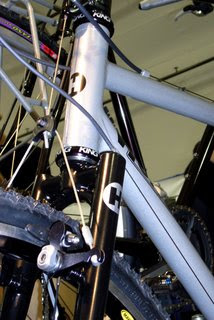 Posted by Hunter Cycles at 8:53 AM

i LOVE this bike!

just checked out your whole blog for the first time- love the pics.......

I want to know why the top tube is bent like that bike?? I love it. just want to know the reason behind it. does it improve the ride??