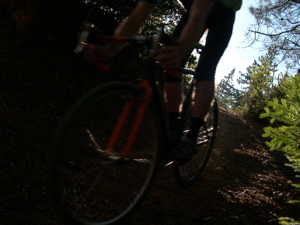 Yesterday morning Rick and I got out of bed in the early hours to get ready for the final race in the Surf City Series. The Cross series that is arguably the most fun in the bay area. On our way to the Watsonville fairgrounds we started to notice a large number or cars driving in the opposite direction with cross bikes attached to their roof racks....weird. We were making all sorts of excuses for them, maybe they're lost, maybe they're looking for a Starbucks......The race can't possibly be cancelled, what could happen that would lead to the cancellation of a race. We know how many hours go into putting these races on, and we figured come hell or highwater, the race will go on. Unfortunately when we arrived at the gates, Mike "I don't want to talk about it" Hernandez was standing there with a sign that said "Race Cancelled!" No way!! So we turned our car around and joined the congregation of cyclists on the side of the road speculating about the reasons why (the complete story can be found at http://ncncacxnews.blogspot.com/2006/11/surf-city-3-canceled) and then discussing where we should spend this beautiful day. We called the rest of the team and decided that of course we should go for a ride.
After having breakfast with Jason and Maripaz from De La Paz Coffee at the Beach Street Cafe in Watsonville, we went back home and gathered the troops. Cameron, Brue, Chava, Brian, Rick and myself headed on up to the UCSC Campus, through the throngs of other team jersey wearing cyclocross riding parties with similar ideas. 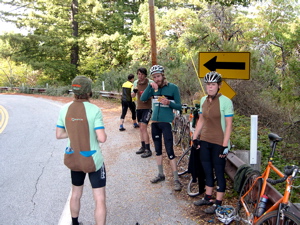 We had bigger plans though, we wanted to keep going, all the way to the top of Empire Grade and eventually through Big Basin Park. It was a beautiful day, and a classic ride. Some single track that was way too hard for me on my cross bike (actually on any bike for me) and some beautiful trail, that was just wet enough to make it sticky. 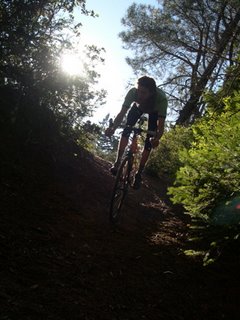 It was one of the funnest days I've had riding in a while, despite my whining about the fact that I couldn't keep up with the boys during the climb up Empire....get real. During this time of year it's hard to get a group together for a long ride, with races every Sunday, the weekends are busy. The Cancellation of this race was actually a nice break during the cross season to spend a day just riding with friends. Hopefully the race will be re-scheduled, but I don't think any of us were disappointed. 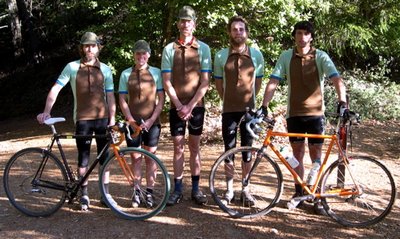 We even had the opportunity to take a team photo, 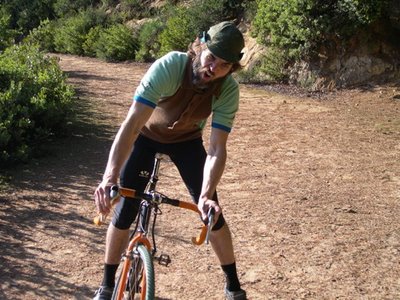 and Brian was getting rad 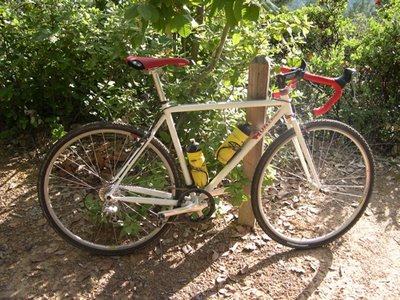 and Brues new bike went on it's maiden voyage.
Posted by Hunter Cycles at 4:40 PM